Choosing the right image library for your Flutter project can be a difficult task. There are so many libraries to choose from, and it’s hard to know which one will work best for you. This blog post discusses the top image libraries available for use with Flutter, including their strengths and weaknesses. We hope this article helps you make an educated decision about what library is best suited for your needs!

The octo_image is a Flutter image widget that may perform various tasks. Placeholders, error indicators, and image transformers with fading are all supported.

The Flutter plugin for choosing pictures from the Android and iOS image library, and capturing new photos with the camera.

A placeholder for an image in a nutshell. For quick display, encode a blurry photo under 30 characters.

The name comes from the fact that it is often used to extract color information for a user interface.

A flutter plugin that enables you to crop pictures using the Crop Widget. crop_your_image simply provides the bare minimum of user interface for selecting a cropped region in an image. Other app UI elements, such as “Crop” or “Change Aspect Ratio” buttons, must be created by each developer.

It is a catch-all rule that allows app developers to create “Cropping pages” with their own brand. The CropController from whatever Widgets you use may be used to regulate image cropping operations.

Cropping widgets with Flutter is now much easier than it used to be. Flutter offers a package for cropping any widget, not just photos. This package is entirely written in Dart and works on Android, iOS, the Web, and Desktop platforms. It does not add to the size of your application’s output.

You can compress an image with Objective-C/Kotlin using a Java program as the encoder. The output file may be compressed faster than JPEG due to its smaller size, but it still needs to have the same picture quality. flutter_image_compress is merely a loader that compresses images before they are loaded into memory.

Best Printer Packages for Flutter in 2023

The Best Picture-in-Picture Packages for Flutter in 2023

The Best Color Picker Packages for Flutter in 2023

The Best Introduction Screen Packages for Flutter in 2023 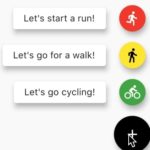 The Best Floating Action Button Packages for Flutter in 2023